Why "There's no such thing as normal" is a dangerous lie.

There's a line out of the movie "Bladeunner." Rutger Hauer's character has just saved Harrison Ford's. His monologue starts with "I've seen things, you people wouldn't believe."
Yes. That.
I've both lived 'off the grid' and dealt with some wild and weird shit. Never mind things that cannot be unseen. There are things that change you. Starting with the fact that 'normal' has an edge. Not in the sense of a knife, but as in a cliff. Except it's a chess board floating in the infinity of space. If you go over the edge, it can be damned hard to find your way back. (But you'd damned well better. Either that or learn the words to "Space Oddity" (Ground control to Major Thom)
https://www.youtube.com/watch?v=iYYRH4apXDo
This puts me at odds with people who like to say "There's no such thing as normal.'
I find this to be a very checkerboard-centric attitude. Sure there are all kinds of different squares on that board. Squares that -- within them -- do things radically different, have different rules, and different attitudes. This is both the basis of the 'no such thing...' claim and what gives it credibility.
Credibility, that from a certain 'on board,' perspective makes all kinds of sense. Gawds know I'm not knocking it. Here's why. If you take a good look at those environments, all of a sudden those 'rules' make sense -- including how they've been fucked up. (Years ago I tried to 'scientifically disprove' religious prohibitions. I. Got. Spanked. Turns out that given the environment and then technology, that stuff made sense. Like you and everyone else in your family, village or tribe not dying 'sense.' Here's the real kick in the nuts. From there, things got REAL complicated but just as important.) While we're here I'll never disagree that these localized systems can be fucked up, twisted and turned toxic; conditions that seem to give additional credence to the 'no such thing as normal' idea.
With this in mind, think of it this way. A lot of what we think is 'wrong' is the view from our checkerboard square looking over at another. We see others doing it differently and condemn it.
Or, and this is a lot more common -- and problematic -- we look at other squares, see they're different, and conclude that all rules are bullshit. This is a very 'throw the baby out with the bathwater' attitude. But it is tempered by people not -- usually -- having enough power AND/OR having the rules embedded enough in their subconscious to keep them from really fucking things up.
What is not understood is this attitude can ONLY exist in the comfort and safety of being deep in the checkerboard. Out towards the edge it can get you killed without ever leaving the checkerboard. (That's how they play out there.) Which as an individual sucks, but in the bigger picture is meaningless.
A more practical approach is answering a question with a question. "What is normal?" "Depends, where are we?" Gimme a GPS reading on where we are on the checkerboard and I'll tell you what's normal for the square we're in. This is radically different than there is no such thing as 'normal' -- and therefore you get a free pass to do whatever you want to do. (Or as another permutation has become popular, you get to pick and choose what rules you break, but other people have to follow those rules and can't stop you.) 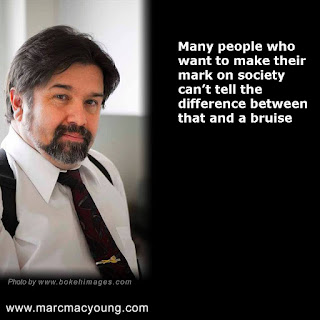 I've just laid the framework for all kinds of problems -- including someone with a dysfunctional interpretation of 'how thing are' seriously screwing up your life. But in that last sentence there's a word that is the root for all kinds of problems. It's 'dysfunctional.'
Now when John Bradshaw started applying this term to screwed up family dynamics, it really was a break through. I mean really, seriously. It was needed a tune up to countless peoples' sputtering engines. The problem is 26 years later, people have run with it and twisted it. Basically they use it as an excuse and a basis of their trauma drama narrative.
Here's something to consider. The current definition of dysfunctional is '1) not operating normally or properly. 2) having malfunctioning part or element 3) behaving or operating outside social norms. 4) the condition of having poor and unhealthy behaviors and attitudes within a group of people. (Which given that the prefix dys means 'bad, ill, abnormal' makes lots of sense.
However, dysfunctional is still working.
As screwed up as it is, it's limping along. It's not completely broken down or off the grid. Now a lot of people misidentify other checkerboard squares as dysfunctional. Umm... no. As in just because you don't think that's how things should be doesn't mean holding your breath, kicking your feet is going to make it change. There are a lot of 'unpleasant normals' that actually work. They work because they have components that you aren't looking at, can't, or won't understand. Those components are what allow for it to function -- in that environment.
Is the checkerboard analogy beginning to make sense now? It doesn't really matter where on the board an environment is, what makes it part of the board is: It works. Maybe not well. I've been in places where 'normal' is as fucked up as a soup sandwich. But things STILL limp along. It isn't until you go over the edge (off the grid) that you realize the huge difference between dysfunctional and not working.
Or that things can even get to the point of not working.
If you've ever ended up there or dealt with someone who's stepped off the edge of the board you get one of three common reactions. One is the person is so damaged he or she does a Major Thom and floats away. Two is the person LIKES it. I'm talking getting off on it and goes even faster or harder. (The difference between falling off the edge and doing a double gainer with a half twist off the edge.) Three is you become REALLY fond of being on that board of 'normal,' because both sanity and survival are on it.
So is there 'normal'?
Well technically speaking there are lots of them. They all make up that checker board. Some of them are more stable, others are a lot more shaky and unpleasant than others. But what they all have in common is that they work -- to some degree or the other.
Thing is when people go on about 'no such thing as normal' they're often framing it in term of a 'universal' normal. To which the answer is "no there's not." There is no one square on that board that defines normal. Conversely, just because there are countless, diverse squares doesn't mean it's all bullshit. The rules, attitudes and customs of any square may not benefit an individual, but they serve to get the most number of people through the day.
Which if you look at the death tolls of when it breaks down, yeah, that isn't a bad thing.
Now, on a more personal level, the idea of a checker board actually gives us a lot of freedom -- at least in the West. If you don't like the rules of where you're from (that particular square), you can jump to another square. This however can be unpleasant too. If you don't adapt to or follow the rules of a square you can be pushed out. Although this actually far less common than people think. What is far more common is you are assigned lower status in that square and -- if you don't accept that status -- you can be beaten down into it. This turns the whole checker board idea into a 3-D chess board and beyond the scope of this article. I mention it because a lot of people who are having trouble in a square don't recognize the correlation between their behavior and status -- especially their low status.
Also the consequences of prioritizing other issues is not the same thing as abuse, oppression or injustice. Which is kind of the default targets of blame on all scales (individual 'mommy blamers' to 'society is the root of all this evil that is happening to us.'). What works very well in one square doesn't function so well elsewhere. As friend of min pointed out the traits that allow you to survive and function in poverty, not only don't help you get out of it, but keep you there.
I tell you that because it's the other edge of the sword of 'there's no such thing as normal. How many people are trying to take their normal, their square and trying to make it the whole board? Or insisting that the rest of the board adjust and cater to what they want? This is basically expanding their idea of normal to force everyone else to follow it? You can actually look at the results in history. At the risk of accusations of Godwin's Law, check out how the Nazis, Communists and the French Revolution first secured their power base and then pushed their version of how things should be done. Did those events go over the edge or come close to breaking the board? I'll let you figure that one out. 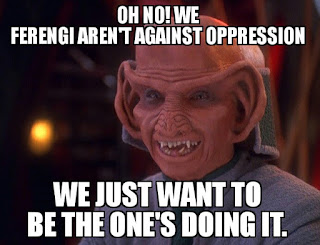 There's a lot of dysfunction out there. But we have to be careful not to buy into the narrative that confuses dysfunction with not liking the rules of a certain area. In the same way we have to be careful not to confuse abuse, oppression and injustice with the self-righteous anger of the rules you do follow not working outside a particular square.
Spend a couple of days thinking about the implications of what I've said here. As humans we have a bad habit of thinking that our particular square is both 'right' and applies everywhere. Thing is as you move through squares, you need to set those aside and look at how things work here and why they are the way they are.
When you do this you'll begin to see the potential dark side of 'there's no such thing as normal" That is how often it's a "Fuck you, I'm not going to change. I'm going to do what I want and you just have to put up with it."
That's an attitude that's heading hard and fast either towards the edge or the bottom.
Posted by Marc MacYoung at 1:58 PM